Here are some photos of ‘The Union’ at the recent 12th Annual Charity Jam Session at RP Entertainment Centre at Saujana Hotel on the 2nd July 2011. It was also a significant gig for ‘The Union’ as they performed for the first time with Arul Devadawson on drums.

The Union with Arul on drums

The Union on stage at a Charity at Saujana 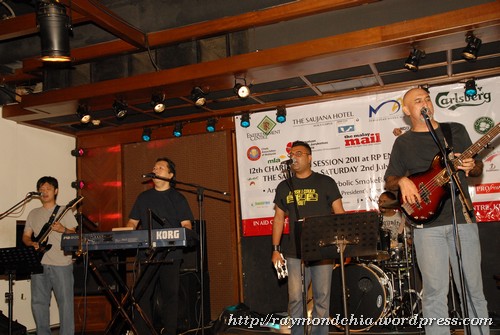